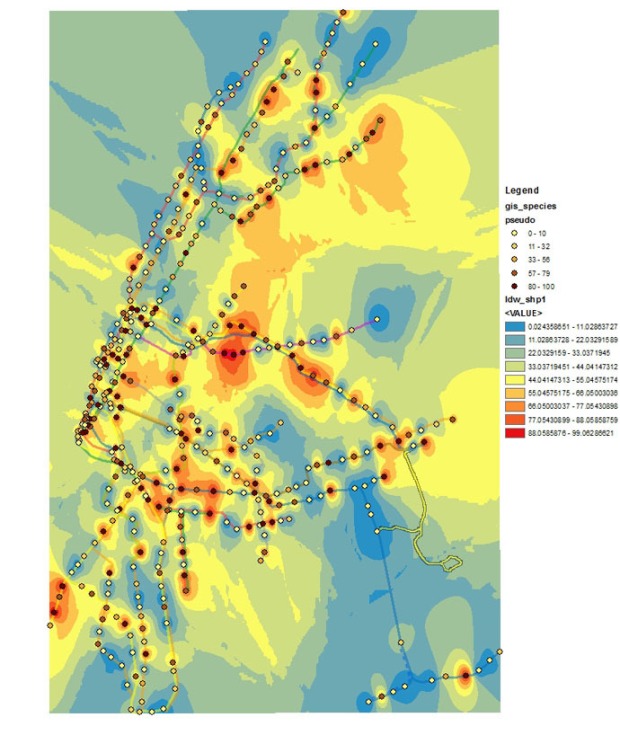 Its a fantastic way of linking health and transport. It should clearly be done in Santiago, London or any other large scale transport system. It provides an understanding of the health risks for users. moreover, a good Pathomap should influence the kinds of medical treatment that are available for Underground workers.

This graph is a small list of self-managed settlements in Chile during the 70’s. By that time creative and radical forms of city-making were put to practice. Tomas, as they called them, consisted of take-overs of land by a group of poor city dwellers and families. They were initially considered illegal but became a popular form of city production due to decades of unresponsive housing policies (de Ramon, 1991, Santa Maria, 1973). Once land was occupied, usually done quickly in the early hours of a morning, pobladores would build their houses and communities with whatever building materials they managed to obtain (pobladores is a Chilean expression which refers to the low and mid income urban dwellers). For a few years The land occupations or take-overs were eventually legitimized and supported by a wide range of institutions, such as the church, borough mayors, congressmen, students, unions and political parties from one end of the ideological spectrum to the other. It even became a state policy, named “Operacion Sitio”, and President Alessandri delivered speeches suggesting a need to knowledge the right to live in the City. 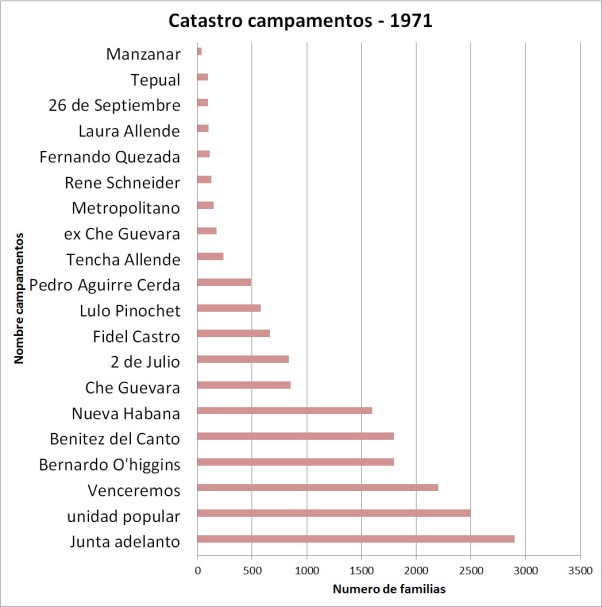 Historians suggest (de Ramon, 1990, Santa Maria 1973)these names do not always reveal the type of relation between  the urban movements pro-housing and the institutions backing them up. Even though some institutions were sincerely concerned with the housing shortage and living conditions, others found it an opportunity to obtain political support and votes. This partly may explain why it became a mainstream urban program. Since it went in well with the establishment it was widely supported.

But not all were in favour of Tomas. The idea of promoting self-managed settlements implied autonomy to be involved in collective decisions regarding where to live and freedom in terms of what type of house will be stood up. In many occasions it developed high levels of solidarity for various issues: employment, food, security, basic services, and so on. Levels of organization and self-determination which help poorer groups to be less vulnerable to, for example, evictions. It even went as far as to providing construction material to start up the house. If you take into account that thousands of pobadores actually signed up to social organization which were responsible of Tomas in Santiago, this drained a significant number of urban dwellers from the real estate driven market. The social organization became an alternative to the usual “Rancherios”, Conventillos,Cites or other form of state/firm provision of housing and amenities.

It is worthwhile mentioning that the absence of this building sector, may have significantly contributed to the explosion of participation among pobladores and the wide range of institutions. Indeed, these social organizations centred their agenda around housing. And were not necessarily obliged to include real estate firms into the process of selecting people, choosing a place, defining the land sizes, the size and shape of the house and so on. But the need to legitimize a take-over of land in a mainly capitalist driven urban growth, and obtain valuable organizational skills still required strategic association with powerful institutions “outside” the pobladores world. Institutions which some have been mentioned in the first paragraph. This period of Chile’s urban policy was a form of re-politicization of the city making process. By re-politicization I mean an inclusion of more institutions or actors into the urban process. Institutions which used the urban process as a means of establishing links with pobladores to find similarities in agendas and collaborate towards similar goals. Consequently, the process of making a Toma is important just for the fact that it diversified the ways in which social relations were created. It would then be true to suggest that those who control the city making process control social relations. Many of these relations are reflected sometimes through their names.

There is a long history of naming the places where the poor live which also reflected the social relations of the time. During the 1900s up until the 1970s poor urban dwellers lived either in rancherios or in cites and conventillos. Rancherios had a negative connotation to where families and individuals lived just outside the city. Land owners would rent parts of their farm land to poorer groups, and charged according to size of the self-made housing. Rancherios is also a name that according to de Ramon (1991) and Santa Matia (1971) were associated to thieves, indigenous groups and the poor. It was during the 1920s and 1930s that mid and high income classes decided that it was trendier to live in the country side. And the places left to the urban poor were what this group left: inside the city. The inner city became the new areas for the urban poor, which eventually were filled with Cites and Conventillos.

Cites and conventillos are names much friendlier than rancherios, in the Chilean language at least. Cite is associated to a French word. And conventillos is the diminutive of the word convent, which had a more dignifying and “spiritual” sense of place. But both words, as much as they evidenced a change in how poorer groups were named, simply hid the process of concentrating the poor into urban enclosures and unhealthy living conditions. These words were probably show an intention to forget rather than initiate a process of integration through the housing policy. By the way, cites and conventillos were built by the real estate sector of the time. Due to the pressures of the media as well as elites, a solution to the urban poor was “urgent”. And it was through a series of financial policies and incentives that real estate firms provided a new form of living in the central areas of Santiago. An example is showed below.

Much of the process of making tomas was also one which reshaped the sense of popular identity. Institutions, by helping to organize and then having some liberty to name the toma created a form of institutionalization of the mix between popular and institutional identities; a form of institutionalization of popular identity. The names of tomas also reflect the competition among some institutions to obtain political support and votes. Naming the toma was a way of establishing a precedence of the institutions social oriented agenda, one which cleaned their image and provided a positive response form the political and social establishment. It also created a permanent effect among pobladores to what kind of ideology or party they should feel associated to. But whether tomas were used by some and genuinely supported by other institutions, a wide range of places were named in the city, and institutions became embedded into city through the Toma/making process.

Finally, as ephemeral as a name may seem to some, its creation is a simplification and interpretation of an identity constituted by different people and of a complex process, like the Tomas. This is why this version of history may not be the only valid interpretation of this specific topic and part of urban policy in Chile. Nevertheless, I believe these names show a innovative reaction to the need for social integration. And the urban process became the media through which collaboration and association among various actors became possible. This period of urban policy also teaches us to be more critical to the wide range of intentions of the institutions involved in integration and inclusion processes. After all, the names do reflect a poblador-institution relation which questions how “autonomous” or “independent” pobladores really were to be the drivers of their own history. 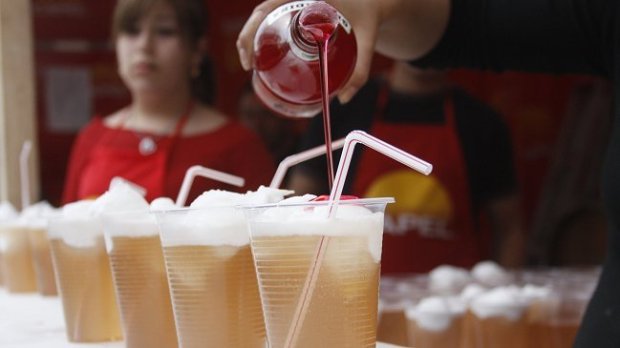 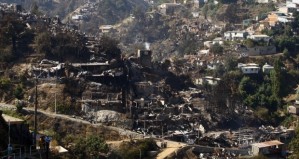 Hugo Romero, recently given a national prize in geography for his contributions to research, remarked on the unsolved issues regarding urban development after the earthquake. He firstly signals the lack of information which may help evaluate more precisely the extent of the segregation pattern. Nevertheless, Hugo leaves clear such catastrophic events can also exacerbate already divided or segregated cities. link